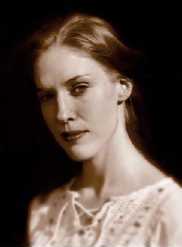 Folk music today is more important now than it ever has been. In these trying times, our strength and faith get a test on a daily basis. When poets with guitars like Dylan, Mitchell and Baez were making their mark, there was a lot going on socially and politically. Those days seem mild now in comparison to the events that have taken place over the last two years. Today we are in the middle of a world filled with violence were unthinkable atrocities against humanity are happening on a regular basis, creating complex social issues that force our children to grow up long before their time. Artists like Linda Draper step outside the box we allow society to conveniently put us in. In a world that could use more song and dance, she believes in romanticism and an introspective take on life-on-life’s terms. You will get a look through eyes that see the world for what it is. Her visions come to life through her voice and guitar.

“With perky music having wisdom beyond its years and a lightness and depth in every tune, listeners will find absoluteness in this listening experience.”

I am finding with the passing of time how much more I can appreciate folk music and the artists that create it. Folk music does not excite nor energize me as rock music does; it relaxes me and helps me to become more introspective and reflective about life in general. That is a good thing for a high-energy individual. Draper’s words and music are evocative and her voice is a thing of beauty.

Her new album “Patchwork” offers perky music with wisdom beyond its years and a lightness and depth in every tune. Listeners will find absoluteness in this listening experience. That is a rare thing in music, or anything else for that matter.

When asked how she got to where she is today Draper commented, “My life and my music are pretty interchangeable, to a certain extent, I think where I am now I have been led to as a result of where I’ve been before. I have to say that this is only partially true, though, because I don’t believe that some external force… in that same respect always and entirely decides our fate, yes I believe that there also exists free will, but free will sometimes isn’t that free either. I see fate on the outside and free will from the inside. Sometimes they can get along, but for me, they usually don’t. Therefore, that is why I make music… because it helps me get along, that and the fact that I am a hopeful romantic.

With producer KRAMER, Draper has found an amazing person to help her in the studio. She is grateful that they have had the opportunity to work together. They record in his home studio called Noise NY, using a MAC with Logic Audio. Draper ads, “I got on my first compilation because of him. A small label called Wood Records contacted him asking to do a Phil Ochs tune for their “Ochs Tribute” album, and he said that he would like to record a song and I did “Flower Lady” for the CD (The one on my CD is an alternate version from what is on the Wood Records comp). Other folks on the tribute album include Jad Fair and Daniel Johnston, neither of whom I have ever met, but I am a fan of their music so that was a treat!”

Karen also discussed her chosen tools of the trade. “My guitar is an acoustic steel string Simon & Patrick (not a very well known name, I know). I cannot say for certain, but I think I remember the guy at Alto Music (where I bought the guitar) saying it was made in Canada. I have had it for over 7 years. Before that I had a Yamaha. A mike stand once fell on my Simon & Patrick, banged it up pretty good, but I got it fixed and now it has a nice little scar from that traumatic experience. I think it gives it character!”

“When I first moved to New York City, about 4 or 5 years ago, someone broke in my car and stole my entire CD collection that I had carelessly left in a big box in the front seat. I was so relieved that they didn’t take my guitar I had put in the trunk!”

The comparisons to other artists, such as Joan Baez, by the media seem meaningless to her, it merely makes her think about postmodernism (postmodernism questions whether an objective understanding of other cultures, or music being the case, is possible). Those feelings seem to reflect upon what we have become and how sentient beings can lose touch with their spirituality by dealing with everything on a superficial level. Music as introspective as Draper’s goes beyond that and pulls out who we really are from the inside.

I asked her if she had any other aspirations musically and her reply was a direct, “I don’t know.” Her music, however, does not come at you with any indecisiveness. She knows exactly where she is going with every song. Regarding “Patchwork,” she agreed without hesitation that the title referred to how her feelings and emotions come wrapped up like a big package in the music. Because a piece of her is in every song, it comes across sincere and heartfelt.

Living in NYC certainly has given her music and take on life a more blatant and straight-between-the-eyes attitude. The city forces you to toughen up, otherwise it will chew you up and spit out on the sidewalk and nobody will care if you able to get back on your feet or not, everyone will just keep right on walking. I find it refreshing that someone that lives around this type of environment can look past that and make music so touching and poignant.

I always like to ask an artist who their influences are. Linda cited the Talking Heads, Cockroach, Robert Wyatt, Dusty Springfield, Tortoise, Randi Russo, John Lennon, Diane Cluck, The Boredoms, Tim Harden and Tom Waits, amongst others; the list was very extensive.

Thank god, we always have people to look up to and follow in our lives. Without example and someone to teach us, we all would be lost. Music has the same principles, every artist whether they reach great heights and become famous or make music and never have the opportunity to become a household name, have a commonality and a thread that weaves its way through each spirited individual that has the courage and talent to express themselves through words and a musical instrument. That is a gift given to few. Linda Draper has this special gift. Listen to her music, you will find her there.