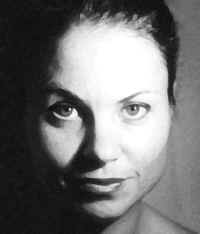 No matter how many music conferences I go to, no matter how many panels I sit on, I continue to hear the same half-baked advice doled out to unsuspecting artists. I’ve come to call them the 3BL– the three biggest bits of non-advice given to musicians. Here they are:

2) It’s a small industry so be nice to everyone

3) Your demo should sound radio ready.

Sound familiar? I’m sure you were in one of the audiences with me when some “authority,” who never actually worked on a hit record, breathed heavily into a mike to deliver one of these pearls of wisdom.

And I’m sure that what I’m about to say has quietly echoed in your head, while your instinct told you that there was something very odd about this advice. Probably that same voice that tells you to shop around when a salesman says he’s giving you the best deal in town on a Stratocaster or a hot keyboard.

1) How can people suggest that you run your music career “like a serious business, with financial goals” when it’s pretty obvious that many of the most successful artists didn’t set “goals,” or run their bands ANYTHING like a “serious business.” They play money-losing gigs, sign debt-building record deals, and keep playing music long after a “balance sheet” tells them it’s not profitable. Yet, they become millionaires. What are THEY doing right?

2) It’s a “small industry?” I don’t think so. There are over 10 National conferences dedicated solely to music. About three times that of any other industry. And these don’t include all the smaller local events. There are about 1000 people at the executive level alone just at major labels. (True, that number is temporarily shrinking). And there are literally tens of thousands at the sub-executive level and indie level labels. Not to mention DJs, managers, publicists, etc. And, as many of you probably have discovered, many of those at the top can be pretty evasive. To assume they only became this way once they got to the top just doesn’t jive with my understanding of human nature. So, how did they do it? How does a rude dude get to the top if you have to be nice to everyone to get to the top?

3) Your demo should sound “radio-ready?” How can people say that with a straight face when there is tons of mediocre crap on the radio? What are they saying when they spoon-feed your rooting intellect this one? That your music should sound as mediocre as the top 40? I’ve been on the other end of this process, believe me, the music that gets distribution on majors has little to do with what is “radio-ready.” So what are these artists doing to get Big Five money?

Bottom line: How much longer are you willing to listen to incomplete half-assed advice that will keep you down, and where can you find out what these people are NOT telling about why some artists REALLY succeed and most don’t?

The 6th CONFESSIONS OF A RECORD PRODUCER WORKSHOP. That’s where. But let’s not get to the shameless plug so soon. I’d first like to about an artist. This is something I almost never do. I don’t like to endorse a specific artist because I want to remain neutral. I mention this artist, because in an industry full of self-serving BS, this girl defies the 3 BLs and manages to do it with integrity.

Last Thursday night (April 29th) at the Monsoon Cafe in Santa Monica, Gilli Moon (www.gillimoon.com) put on a show that blew my mind. If you ever want to see an artist give 110% on stage, then see Gilli Moon the next time she plays and see what a truly successful independent artist is like. This little Aussi chick bounced from piano to stage pumping out tunes that just
made sense to me.

A businessperson would quit a venture the minute they saw it wasn’t profitable. An artist keeps going, driven out of passion for what they love, motivated by the applause and joy they bring to the lives of their listeners. If it’s “profitable” that’s a plus. Not a goal.

You can’t run your career on a balance sheet. You run it on drive. That’s what this girl does. She’s brazen when she needs to be and commands respect while doing it. Her songs make sense without having to make sure the chorus comes in at exactly 41 seconds.

She’s NEVER taken my workshop. She’s NEVER read my book. She’s a natural and will not be showing up at my next Workshop because she has been asked to speak at GEMS (the Global Media Summit) and it’s on the same days as the next Confessions Workshop. Gilli’s advice is needed for the GEMS audience far more there then she is needed at my event. So she gets a hall pass.

Now, what’s your excuse? You have none.

Provided by the MusicDish Network. Copyright