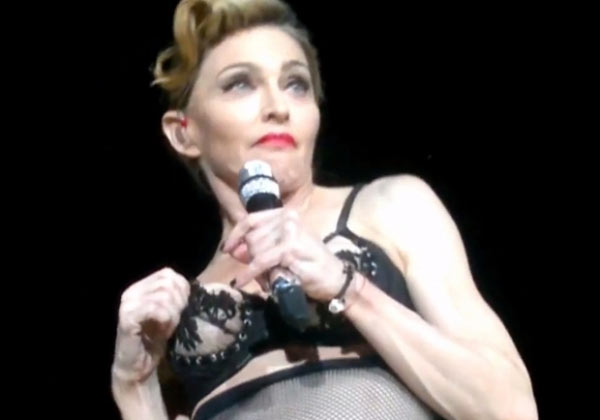 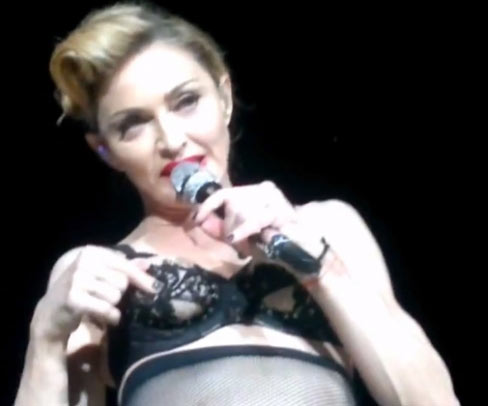 Singer Madonna, 53, caused quite a stir when she flashed her right breast at concertgoers during her concert in Istanbul, Turkey over the weekend. The singer who is on her MDNA tour was strip teasing and singing the song “Human Nature” when she revealed her right nipple to a crowd of over 55,000.

Since the incident, many have lashed out at the pop star after she stated in an interview earlier this year before her Super Bowl XLVI gig that you don’t have to show nipples to be interesting, possibly relating to Janet Jackson’s infamous 2004 wardrobe malfunction during a performance with Justin Timberlake.

Although many are lashing out at her now, during her performance, Madonna’s fans cheered her own as she turned around and showed them her “No Fear” tattoo. She definitely has “No Fear.”

This isn’t the first time the singer has done this, but it’s been awhile since everyone has gotten some shock value from the star.

In related news, Madonna is looking at a possible lawsuit after pulling a stunt at her MDNA concert in which she offended French politician Marine Le Pen by displaying a swastika montage during a concert, as reported on MusiqQueen.com.

According to Marine Le Pen, she says she understand Madonna’s publicity stunt, since she’s an aging singer and her songs don’t work any longer for her.