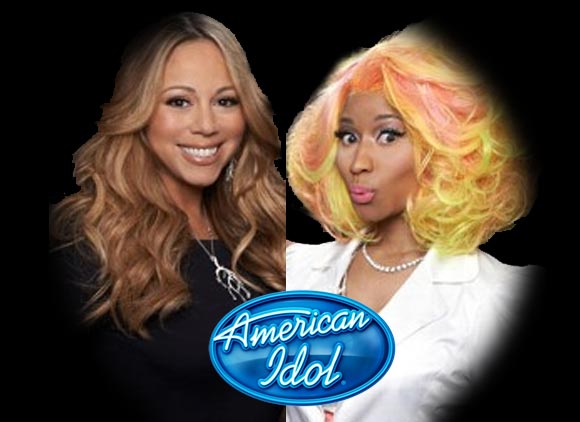 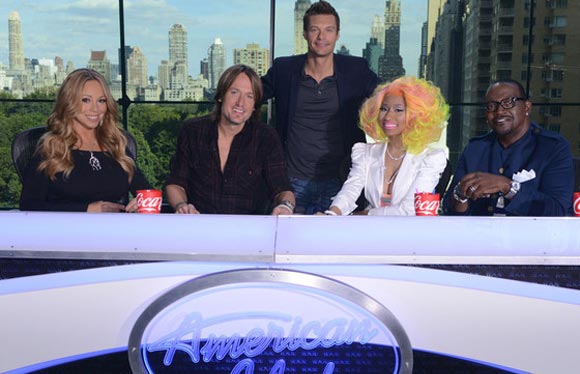 One month following the announcement that Nicki Minaj and Mariah Carey would be judges for American Idol alongside country music star Keith Urban and longtime judge Randy Jackson, the two have already allegedly started beefing.

In a video that celebrity gossip site TMZ posted, the two can bee seen exchanging words during the auditions in Charlotte, North Carolina.

It is unclear what actually made the two exchange words with each other, but it is stated that it had to do with a disagreement about a contestant’s performance.

In the video, it seems Mariah Carey stayed calm and tried to keep her focus on better things such as her twin toddlers.

Evidently Nicki Minaj said something to Mariah Carey or someone else in the room that wasn’t taken very well.

A softspoken Keith Urban can be seen in between the two holding up his hands hoping that the nonsense would stop while Randy Jackson stood up next to Mariah Carey saying, “Hold up! Hold up!”

“Don’t tell me not to act. You gonna get … You are not me… If you’ve got a f-cking problem, handle it. I told them, I’m not f-cking putting up with her fu–ing highness over there,” shouted Nicki Minaj.

Mariah Carey responded back, “Ohhhhh, why, why, why?”

During the midst of the argument, Mariah may have referenced her children since Nicki Minaj came back at her with, “Good, well then go see them now. Go see them now!”

Reportedly Nicki Minaj threatened Mariah Carey and told the Pop icon that she would knock her out which wasn’t caught on video.

Hopefully, the ruffled feathers shouldn’t last long. We already know that when the show airs everyone will be tuning in to watch the two to see if anything else will happen between the music artists.

Will you be tuning into American Idol to see the Butterfly (Mariah Carey) and Barbie (Nicki Minaj) on American Idol?