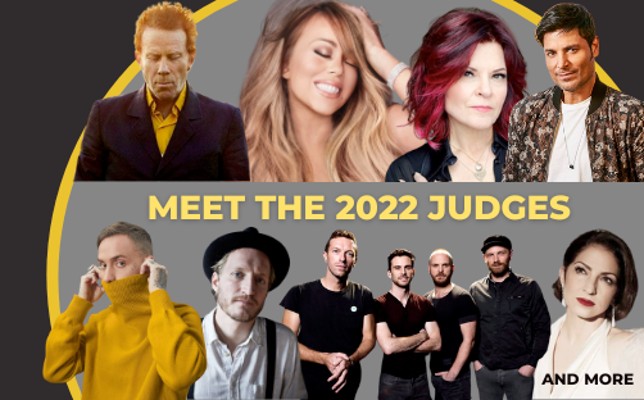 Nashville, TN (MusiqQueen) – The International Songwriting Competition (ISC) is pleased to announce its panel of judges for the 2022 competition. Established in 2002, ISC is considered to be the world’s most prestigious songwriting competition and is open to both professional and amateur songwriters, signed and unsigned. Its mission is to promote excellence in the art of songwriting and to provide a platform for songwriters to have their songs heard by an panel of iconic recording artists and music executives in an international arena.

Called “the songwriting competition to take note of” by The New York Times, ISC awards more than $150,000 in cash and prizes, shared by 74 winners in 24 categories, including an overall Grand Prize consisting of $25,000 (US) cash, and much more.

“There are many songwriting competitions in the world, but ISC is the only one whose entrants have the opportunity to have their music heard by a judging panel that includes the top echelon of legendary recording artists/songwriters and high-profile music industry executives,” said Candace Avery, Founder and Director of ISC. “Our judges have consistently told us how much they love listening to the new generation of songwriters and are amazed by the depth of songwriting talent – and we are grateful for their perspective and participation.”

Golden Buzzer: Chapel Hart Wows The Judges With Original, “You Can Have Him Jolene”